Since I’m still waiting to find out when the new book will be available, I thought I’d give you just a quick update on what I’ve been up to. This past weekend, a friend and myself made the trip to Austin, Texas, to attend the third annual Moontower Comedy and Oddity Festival. During the three nights we were there, we were able to see a number of performers, including headliners Maria Bamford, Marc Maron, and Dana Gould. My friend passed, but I checked out a show that included Bobcat Goldthwait. He no longer screams in his act like he used to, but still very funny.  Other comedians who weren’t headliners performed in the smaller venues, and in those cases, they would have six or seven performers on the same bill. The point is, there was lots and lots of comedy, and there was no way to be able to see it all., but

Now, one thing you should know about me – I am a huge Seinfeld fan (both the performer and the show), and when I told my friend, who is also a big fan of the show, that some of the comedians who were going to be there had appeared on Seinfeld, he got pretty excited. Now, for those who are also Seinfeld fans, let’s play a little game. I’m going to post three pictures that were taken during the festival. Each picture has a comedian who played a character on a Seinfeld episode. Let’s see if you can name the character that the comedian played. You don’t need to tell me the comedian’s real name (you can if you want), but what was the name of the character he played. Here goes:

I really dislike not knowing how to do something on the computer. The pictures I tried to post won’t appear, so let’s do this – the game is temporarily on hold until I figure out what I need to do to get the pictures where they need to be. So until the next blog, review your Seinfeld characters, and I’ll be back soon.

What an ordeal! There’s one of the photos, but the other two are still too large, even though I used the same format. Let me get a little more guidance, and maybe I can get the other two on. This will give you time to get the first character identified. Be back hopefully tomorrow.

Well, how about that!  Photos are posted. Still need to do some tweeking as far as size goes, but there they are. If you haven’t completely lost interest, name the characters. I’ll return tomorrow with the answers. 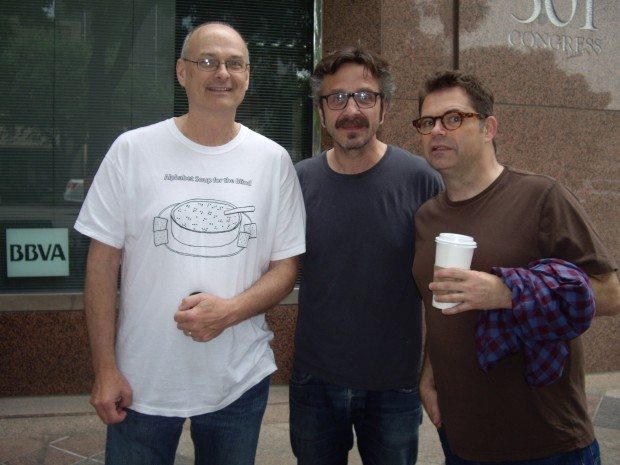